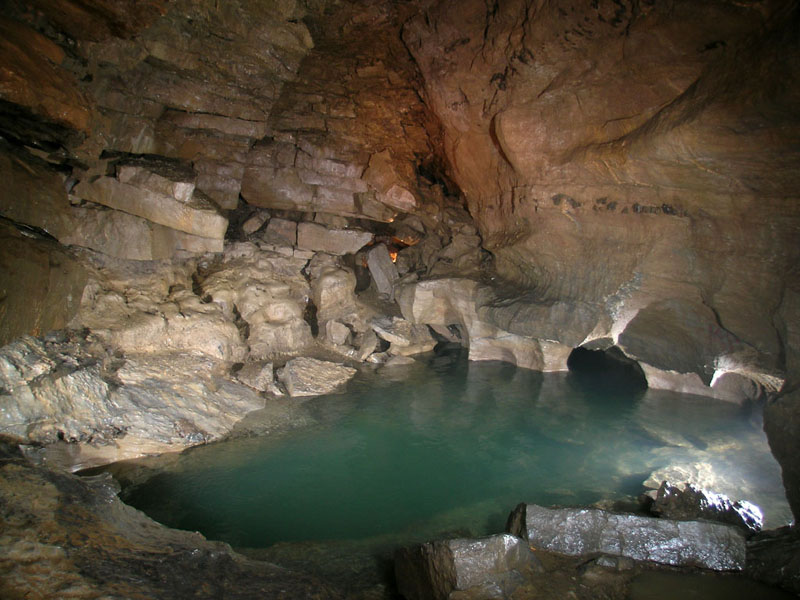 In 1978 the Northeastern Cave Conservancy, Inc. (NCC) was formed to accept the donation of Knox Cave. A fatality and a serious injury occurred at the cave in 1975. This eventually led the landowner to look to donate the cave to the National Speleological Society (NSS). The NSS declined to accept it. Their board was concerned that the liability exposure was too great. Thus, the NCC, one of the nation's first cave conservancies, was formed as a not-for-profit to accept the cave. (A second cave, Crossbones Cave, was dug open on the preserve in 1999.)

For the first 20 years Knox Cave was the NCC’s sole asset. There were several volunteer cleanups at Knox and steps were taken to better control access. Knox Cave is closed during the winter season for bat hibernation and because of the ice in the sinkhole. (In 1980 there were about 300 bats counted in the cave. Before white-nose syndrome adversely impacted the bat population, it had increased to nearly 1950 bats.)

In 1990 there was a rescue at Onesquethaw Cave. At that time it was owned by Albany County though they’d been unaware of the cave. (They acquired the parcel as a result of a foreclosure.) The county gave the cave to the Albany County Land Conservancy, now called the Mohawk Hudson Land Conservancy (MHLC). In 1992 the MHLC asked the NCC to manage the cave. (In 2011 the preserve was donated to the NCC.)

In 1999, the NCC was re-formed as a membership organization. Prior to this the NCC was governed by three individuals. With a new constitution and bylaws, the NCC is governed by a board consisting of trustees elected by the membership and four officers appointed by the trustees. At the same time NCC sought and was granted 501(c)(3) charitable status from the IRS.

In 2002, the land surrounding Cave 575, Sellecks, and Levys Caves in Schoharie County was purchased by the NCC. The Sellecks Cave Preserve protects a known recharge area for McFails Cave, the Northeast’s longest, and its resurgence, Doc Shauls Spring.

In 2004 we were approached by the owners of Clarksville Cave, the most-widely known and used beginners cave in the Northeast. They wanted to know if the NCC would be interested in purchasing the cave. As a “first” cave for many, there was great enthusiasm for the purchase. Our acquisition of this popular cave was completed in September 2004. About the same time, Albany County gave the the NCC a small, separate parcel containing the Gregory entrance of the cave. (In 2018 the NCC purchased the land between the two parcels.) Clarksville Cave Preserve is our most used preserve and gets about 3000 visitors annually with an additional 20% walking on the surface. There is a second small cave on the preserve called Ladder Cave. (The ladder has been removed as it was rotting.)

The same year, our fourth preserve was followed in short order by the purchase of Ella Armstrong Cave near Knox Cave. The cave is small, but has a 23-foot drop and some nice passage.

In 2009, the owners of Bentleys Cavern in Berlin in Rensselaer County approached the NCC with the idea of donating the cave. The preserve contains a second cave called Dry Valley Cavern. This preserve became our first outside of the “traditional” caving area of Albany and Schoharie Counties. Bentleys and Dry Valley caves were also our first marble caves.

Merlins Cave in Columbia County was discovered and dug open by 2007. The diggers approached the NCC and asked them to negotiate with the owner to purchase the cave. This was completed by late 2011 and became our seventh preserve. Because the cave is newly opened and access has been controlled from the beginning it is pristine as far as caves go. There are two other caves on the preserve: Dragon Bones and Dome 12. 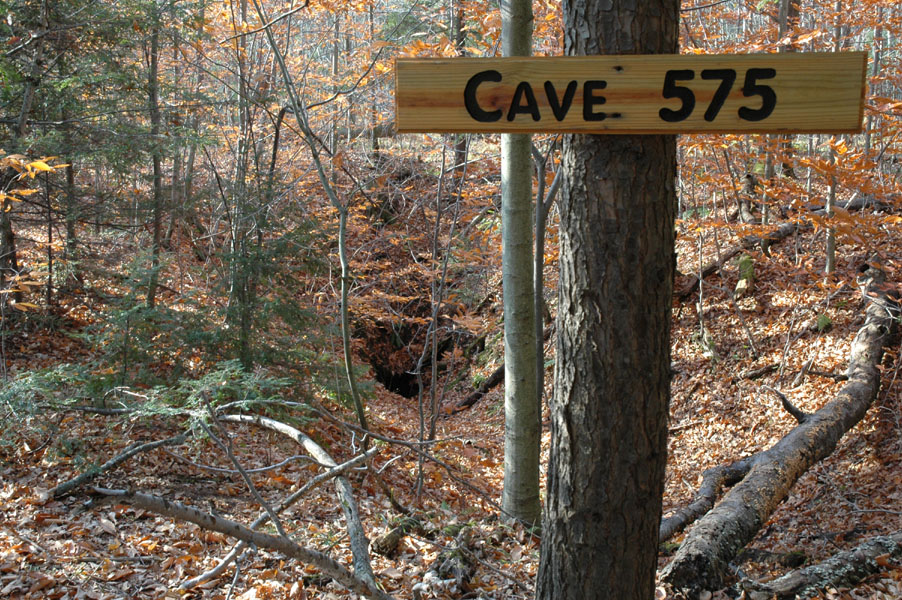 Occasionally, the NCC has stepped out of its typical role. In 2011, Tropical Storm Irene caused significant flooding in the Schoharie Valley. In many ways Schoharie is the center of Northeast caving. The NCC did a fund-raiser for SALT (Schoharie Area Long-Term Inc), a non-profit dedicated to the long-term recovery of the area. NCC members also volunteered to crawl into basements where flooding had deposited a lot of mud and caused considerable damage.

Also in 2011, the NCC entered into an agreement with the NYS Department of Environmental Conservation to act as stewards of Surprise Cave.

In 2013 the NCC received a permit from the NYS Office of Parks, Recreation, and Historic Preservation (OPRHP) to inventory and map the caves in John Boyd Thacher State Park. The park is about 2500 acres in size of which about half is karst. The inventory was part of the Park’s new Master Plan. Part of the Master Plan called for the construction of a visitor center. The NCC, as part of our mission to educate people about caves and karst held a fund-raiser to help pay for cave-related exhibits in the visitor center. The inventory and mapping work is on-going.

Bensons Cave was donated to the NCC by the United States Cave Conservancy in 2014. The cave has a 60-foot entrance pit. It is the non-commercial, downstream end of Secret Caverns. It is a cave for experienced cavers.

In 2016, the Carl Family donated Spider Cave to the conservancy. The cave has a “storybook” entrance with 200 feet of relatively easy passage followed by 1250 feet of tight crawls.

The late Alan Traino, a long-time NCC board member, became interested in two caves: Slingerlands Hellhole and Georges Surprise. To that end he approached the landowner and arranged to subdivide the land and buy a parcel containing the caves. Unfortunately, Alan passed before completing the purchase. The NCC stepped in and made the purchase in 2020. This is now the Alan Traino Preserve.

The NCC was approached by the Connors family who owned Salamander Cave in Kingston, New York. They wanted to donate a 8.2-acre parcel containing the cave. Despite numerous setbacks the donation was completed in 2020. This is our 11th preserve and our most southerly property.